Buenos Aires – Argentina, recorded by the Sentinel-2B satellite on July 17, 2021 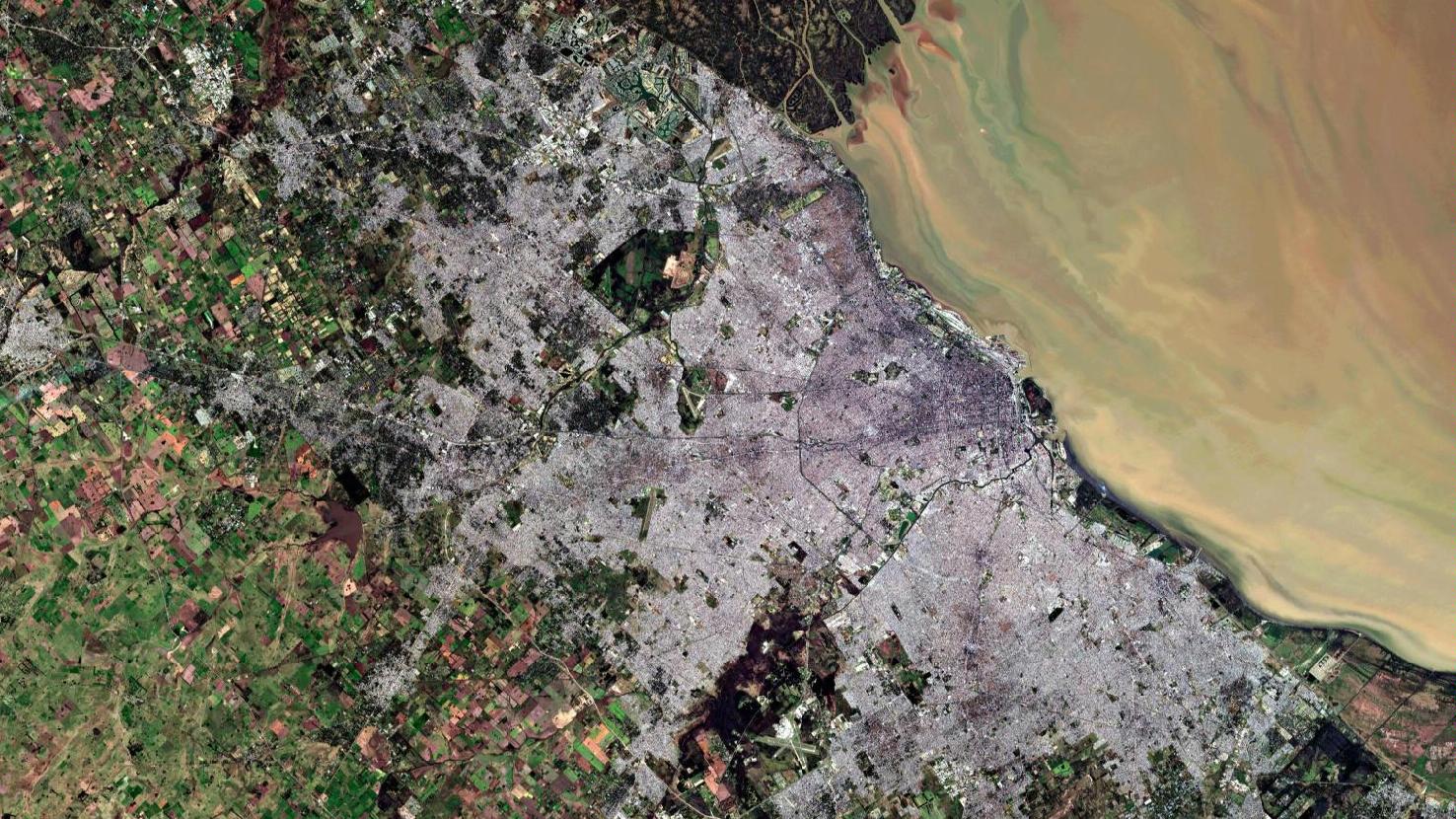 Our satellite image of the month September shows the capital of Argentina: Buenos Aires.

The image shows a color composite created from different bands based on Sentinel-2B data of the Copernicus Programme. Sentinel-2 data are multispectral satellite images which are free to obtain. After downloading the scene, an atmospheric correction was carried out with free software and a true color composite was calculated using the three spectral bands of the visible light. This “natural color” band combination is as close to “true color” as is possible with Sentinel-2 data. Because the three visible bands are used which we see as red, green and blue, the image appears in colors which are similar to their appearance to the human eye. Vegetation is green, recently harvested fields are very bright, soil is yellow and brown, and roads and buildings appear grey. The spatial resolution of the image is 10 meters.

Buenos Aires was founded in the 16th century and named after Santa María del Buen Ayre (Spanish: Saint Mary of the Fair Winds). Today it is not only the capital but also the primate city, that is, the political, cultural, commercial and industrial center, of Argentina.
Officially, the city is only 202 square kilometers in size, but it forms the core of Greater Buenos Aires, one of the largest metropolitan regions in South America. It stretches about 68 kilometers from northwest to southeast and about 33 kilometers from the coast to the southwest. Approximately 13 million inhabitants live in this metropolitan region, about one-third of Argentina’s total population.

The city of Buenos Aires is located on the east coast of the South American continent on the river Río de la Plata, a funnel-shaped estuary of the Paraná and Uruguay rivers into the Atlantic Ocean. On the opposite shore of the Río de la Plata lies Uruguay. The water of the Río de la Plata in Buenos Aires is brown and turbid due to high silt input and pollution from sewage.
The port of Buenos Aires is located centrally on the banks of the river. It is one of the busiest ports in South America. Navigable rivers connect the city with northeastern Argentina, Brazil, Uruguay and Paraguay. Due to the shallow water depth of less than 20 meters a navigable channel has to be excavated regularly for large container ships and tankers .

Typical for South American cities is the square, rectangular grid pattern of the road network. In the picture, however, it can only be seen scarcely due to the zoom level. To the west and south of Buenos Aires stretch the pampas, an agriculturally very fertile land.

The complete conference programme can be found here.