CORONA is the code name for the first optical spy satellite mission of the United States (1960-1972). The goal of the mission was to produce high-resolution analog photos of most of the Earth’s surface, especially of political hot spots and military locations (Wikipedia). Due to the regular recordings, large areas could be continuously monitored and evaluated for the Department of Defense. Until 1995, the more than 800,000 photos remained secret and were then made publicly available by the US Geological Survey on the order of President Bill Clinton. The high-resolution CORONA photos (2 m to 60 cm pixel resolution) are available as scans for a fee from the USGS and represent a unique source of information for science, archaeology and other disciplines.

Since the camera systems of the CORONA satellites have a special panoramic distortion, common linear methods cannot be used for the orthorectification of the scans.
mundialis has developed an innovative technology to rectify these unreferenced scans of CORONA photos to current map references. This photogrammetric solution models the CORONA camera mathematically and thus enables a precise referencing of the CORONA data. 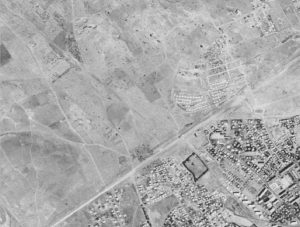 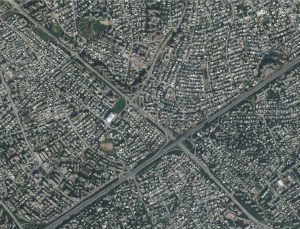 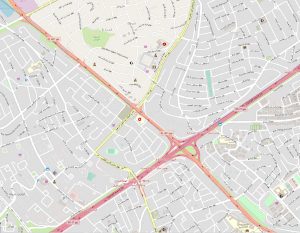 mundialis has successfully processed the following spy satellite data, among others: