Okavango Delta – Republic of Botswana, recorded by the Sentinel-2B satellite on October 12, 2021 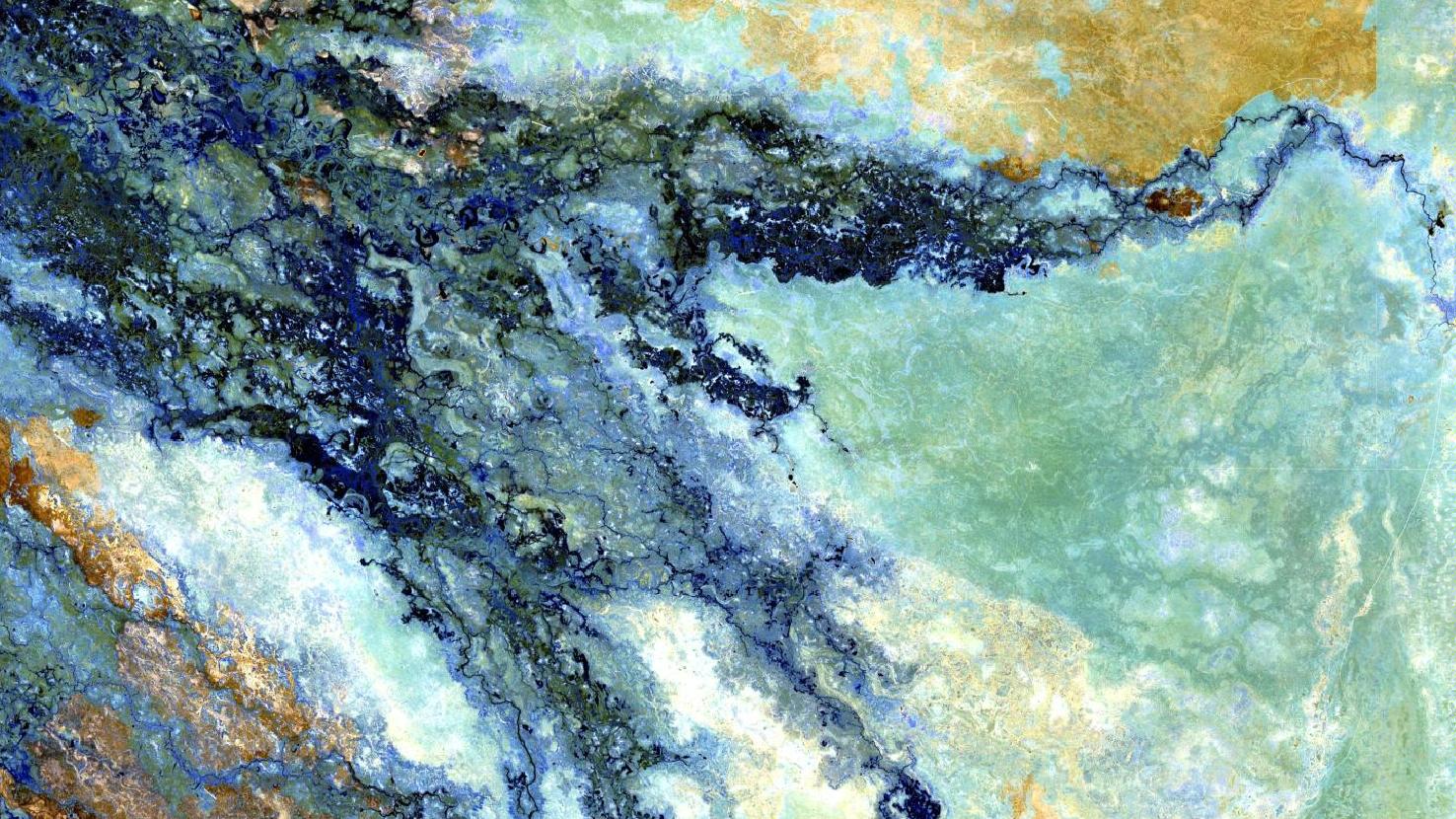 In the light of the World Wetlands Day our satellite image of the month February shows a part of the Okavango Delta in the Republic of Botswana.

The image is based on freely available, multispectral Sentinel-2 data from the EU Copernicus program. After downloading the scene, an atmospheric correction was carried out with free software and a color composite was calculated using three different bands. For the shown false color composite, the bands 12, 11, and 8A, which have a spatial resolution of 20m, were used. The bands 12 and 11 both sense in the shortwave infrared range while band 8A covers the visible and near infrared spectrum. This band combination offers good atmospheric penetration and the image appears very clear. Water appears in black, soil in shades of brown and yellow and vegetation is painted in various shades of blue.

The Okavango Delta is an inland delta in the northwest of the Republic of Botswana. The Okavango River, coming from the northwest, drains here into a basin of the Kalahari Desert. It forms a wide alluvial fan, where most of the water seeps into the Kalahari basin or is lost through evaporation and transpiration, instead of flowing into the sea. The delta in the middle of the semi-arid Kalahari Desert covers more than 20,000 km² (of which approx. 12,000 km² are water). It is one of the largest and animal-richest wetlands in Africa.

The entire delta can be divided into six zones:

From the beginning of the panhandle to the foot of the delta, the elevation difference is only approx. 60 m at a distance of about 250 km. The islands and dry areas in the delta vary in size from a few square meters to a few square kilometers. They do not rise more than three meters above their surroundings.
The satellite image pictures the northeastern part of the delta, containing islands and lagoons, but also temporarily dry areas. These can be recognized by the light blue color at the outer edges of the delta arms. Generally, the vegetation is shown in many different shades of blue, as a variety of vegetation types occur in the delta.

The dry season in the region is from April to November, followed by a shorter rainy season from December to April. As a result, the Okavango River reaches its peak at the entrance of the delta around March. Due to the dense vegetation in the alluvial fan, the flood spreads only slowly throughout the delta and the water reaches the end of the delta exactly at the peak of the dry season between June and August. This is of enormous importance for the wildlife in the region.
The Okavango Delta is famous for its great diversity of wildlife. The delta’s swamp and water areas are home to hundreds of bird species, some of which are very rare. In addition to birds, fish, amphibians and reptiles, about 120 species of mammals have been identified. Species include elephant, hippopotamus, giraffe, crocodile, lion, cheetah, rhinoceros and zebra. The majority of the estimated 200,000 large mammals in and around the delta are not year-round residents. They leave the delta with the summer rains (beginning in December) and return when winter (beginning in May), and thus the dry season, approaches.

Each year, on February 2, the World Wetlands Day is celebrated to raise awareness of wetlands and their diverse functions as biodiversity hotspots, freshwater stores, carbon sinks, and source of livelihoods. This day also marks the anniversary of the Ramsar Convention on Wetlands of International Importance especially as Waterfowl Habitat, which was signed as an international treaty in 1971.