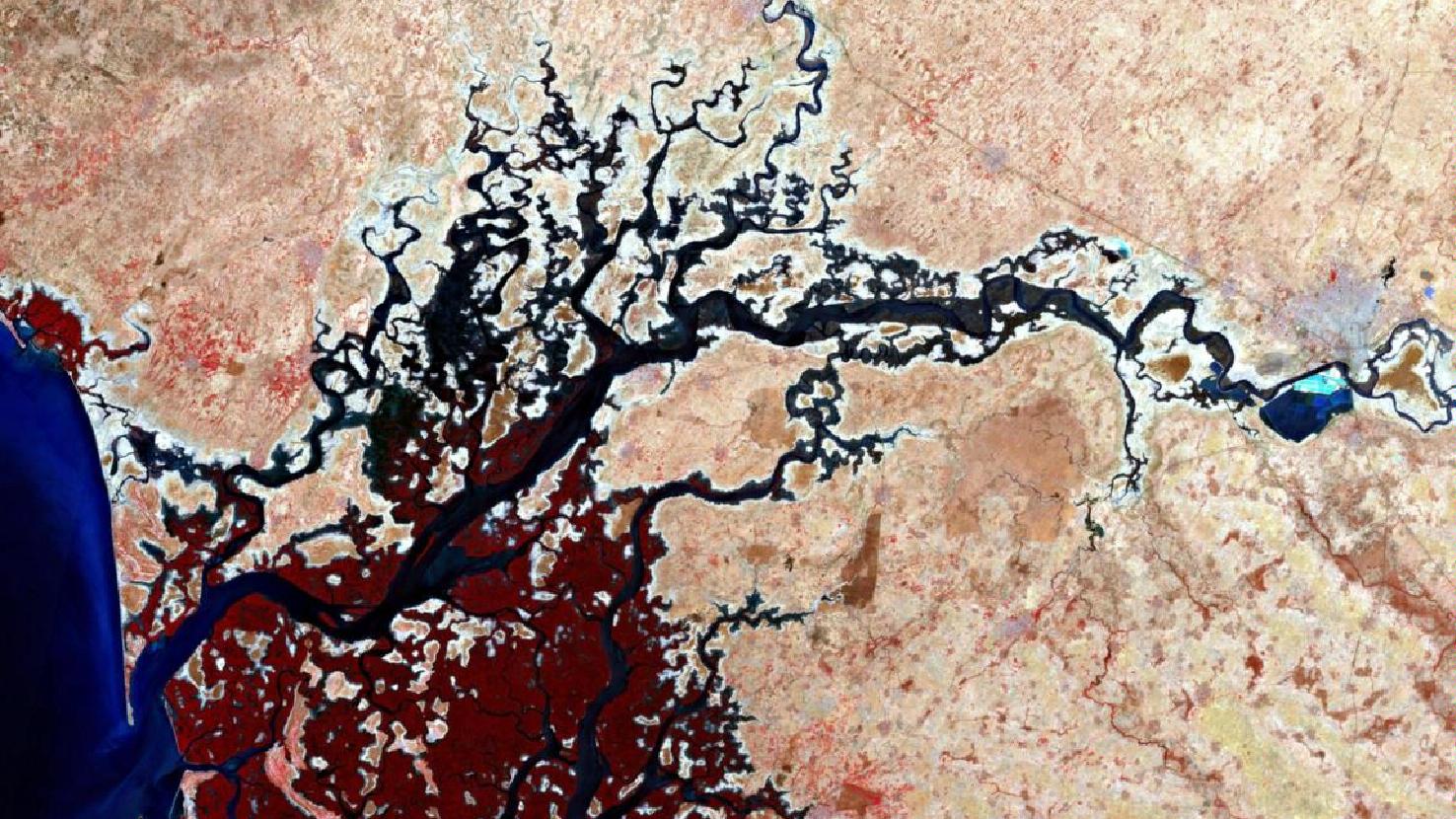 The satellite image of the month July shows the Delta du Saloum National Park in the Republic of Senegal.

The image shown is based on multispectral data from the Sentinel-2B satellite of the EU Copernicus program. These data are freely available. Subsequent to the download, an atmospheric correction and the calculation of a false color composite (bands: 8 (NIR), 4 (Red) und 3 (Yellow)) was performed using free software. The selected color infrared representation is particularly well suited for the detection of vegetation. Vegetation appears in different shades of red, older vegetation in green, soil in shades of brown and green, urban regions in blue-gray, clouds, snow and ice are light turquoise or white. The spatial resolution of the image is 10 m.

The Delta du Saloum National Park (French: Parc National du Delta du Saloum) was established in 1976 and is located on the Atlantic coast of Senegal, situated within the river delta of the two rivers Saloum (coming from the east) and Sine (coming from the north). Its boundaries enclose an area of 76,000 hectares. In 1980, the area was classified as a Biosphere Reserve and since 2011 it has also been considered a UNSECO World Heritage Site, as the entire Saloum Delta, covering an area of 145,811 hectares, has been classified as a World Heritage Site.

The park is home to one of the most important mangrove populations in western Africa. Mangrove forests are characterized by shrubs and trees of various plant families adapted to the conditions of brackish river deltas and ocean coasts. In the image the mangrove vegetation can be identified by the strong red colour along the arms of the river. Besides coral reefs and tropical rainforests, mangroves are the most productive ecosystems on earth. They provide a habitat for a wide variety of species, both below and above water. Animal species present are marine mammals, such as dolphins, antelopes, such as crown duiker and bushbuck, as well as warthogs and spotted hyenas. Primates, such as the hussar monkey and the West African stubby monkey, are also native to the National Park.

People living in the “paradise of birds” often earn their living as crab and mussel fishermen.