Satellite image of the month – November – Athens (Port of Piraeus) 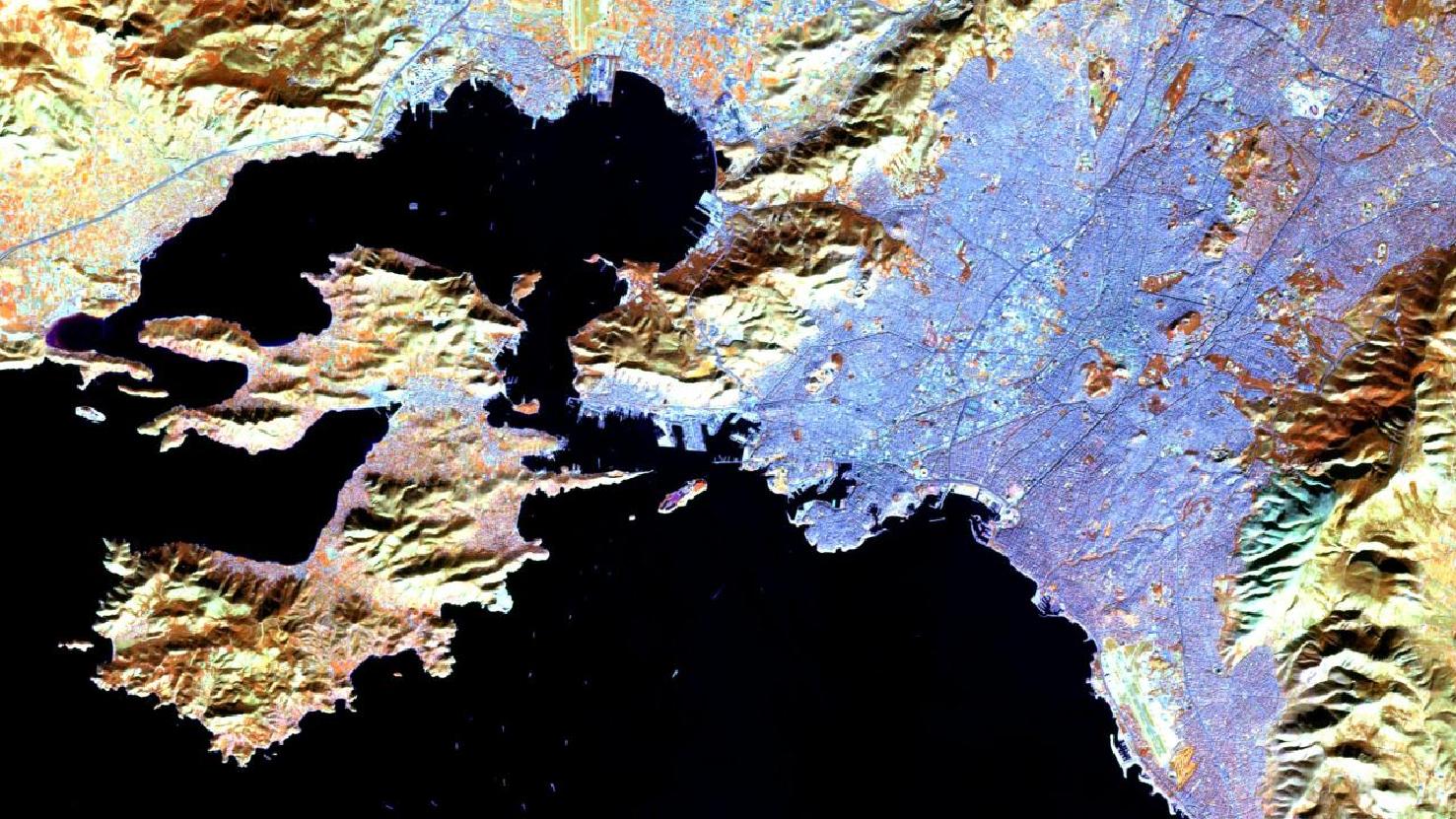 The satellite image of the month November shows the Greek capital Athens and the port of Piraeus which is about about five kilometers from the city center. The image taken by the Sentinel 2A satellite displays a land-water combination with a spatial resolution of 20 meters.
On the right half of the image the extent of the urban area of Athens, which is located between two mountain ranges, can be clearly identified. The port of Piraeus is located in the middle of the picture and west of the Athens city area, near the offshore island of Salamina.

The capital Athens is the most populous and the largest city in Greece. The municipality of Athens in the center of the Athens-Piraeus conurbation is relatively small. In the broader sense (with surrounding suburbs) the city has about 3.75 million inhabitants. Athens and the port of Piraeus are located at the Saronic Gulf, a part of the Aegean Sea. The surrounding water stands out particularly well in black colors from the island of Salamina, the city and the port area.

Piraeus is the largest port in Greece, handling around 3.67 million TEU (standard containers) in 2016 and was the eighth largest container terminal in Europe in 2014 and 39th worldwide. The port of Piraeus is of special interest not only because of its proximity to Athens, but also because of its relations with China. The port operator is the Piraeus Port Authority, which belongs to the Chinese state shipping company COSCO with more than 67% since 2016.

Since China took over the port, the investment figures and handling volumes have risen rapidly. Piraeus is thus part of the so-called Belt and Road Initiative of China (or New Silk Road), whereby goods from the Far East reach the European mainland faster. China is not only investing in Europe, but also in infrastructure projects of all kinds, especially in Asia and Africa. The country exchanges investments, jobs and infrastructure for land in a strategically good location, such as Piraeus.

Piraeus is the first natural deep-sea port that container ships from Asia arrive at continental Europe after passing through the Suez Canal in Egypt. China wants to make it the end point of the New Silk Road at sea. Other countries involved with Chinese infrastructure investments include Pakistan, Sri Lanka, Kenya and Kazakhstan.