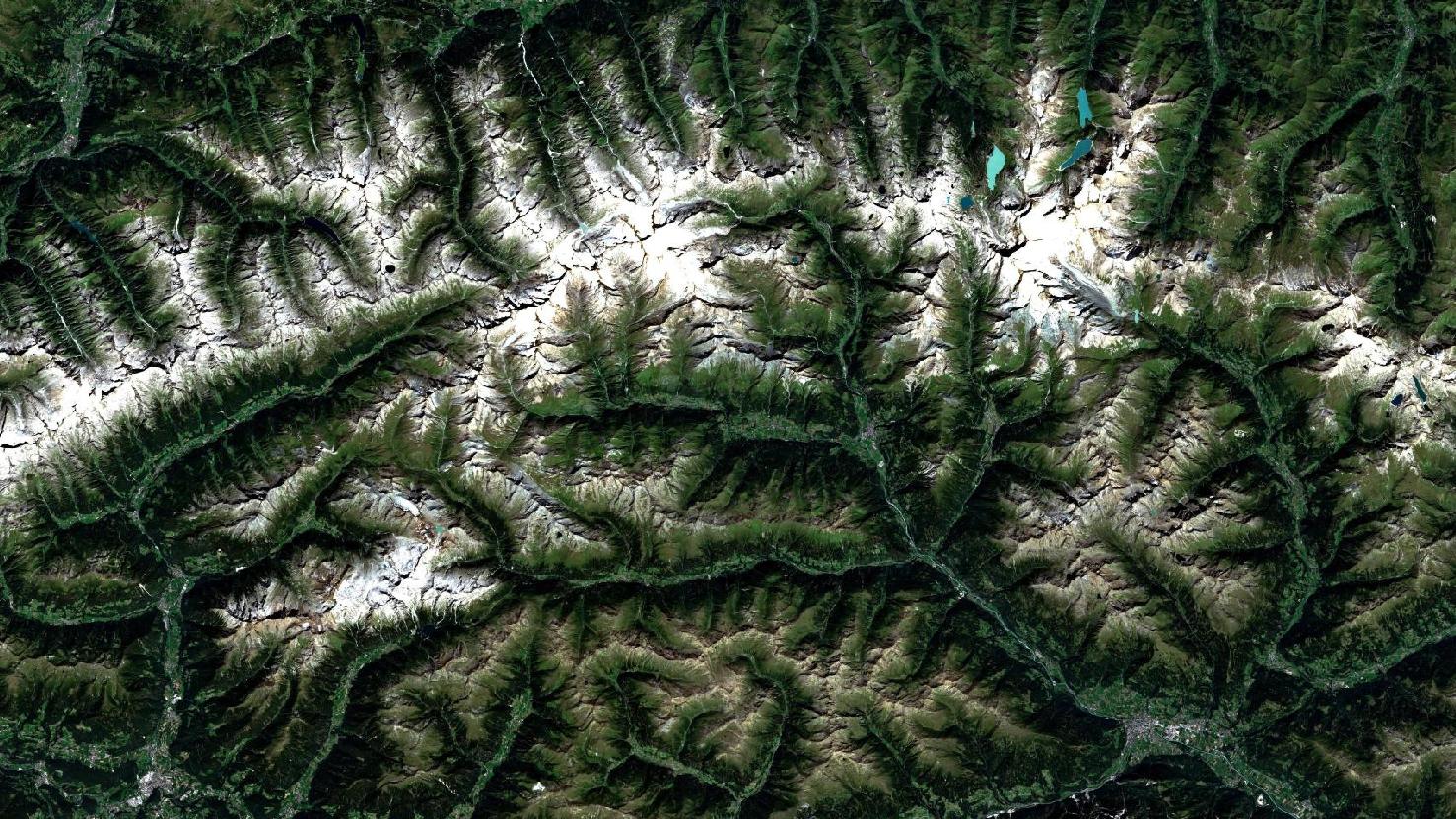 With an area of 1,856 km², the national park is one of the largest national parks in Europe and, with the highest mountains in the Alpine region, it also houses Austria’s highest mountain, the Grossglockner with 3798 metres above sea level. This can be found on the satellite image in the eastern Glockner group and can be seen through the very white, snow-covered mountain peaks. The lakes to the north of the Grossglockner, such as the turquoise-green Tauernmoossee or the Mooserboden reservoir to the east, also help locate the Grossglockner. The only slightly smaller “Grossvenediger” (3657 m) can also be recognized by the still snow-covered mountain massifs in the west of the picture.

The High Tauern National Park is particularly popular with tourists both in summer and winter. Although the highest peaks are still snow-covered in high summer, at this time mainly hikers or cyclists come to this region. From mid-November ski or snowboard tourism begins, but also numerous snow hikers are drawn to the park. As early as mid-December, snow-covered hiking trails can be expected.

The valleys, coloured in light and dark green, lie between the mountains of the Austrian Central Alps. On the left is the Italian village of “Niederrasen”, on the right is the Tyrolean town of Lienz. Both villages are often visited by sports tourists to visit High Tauern during the day.