mundialis at the FOSSGIS 2016 conference in Salzburg 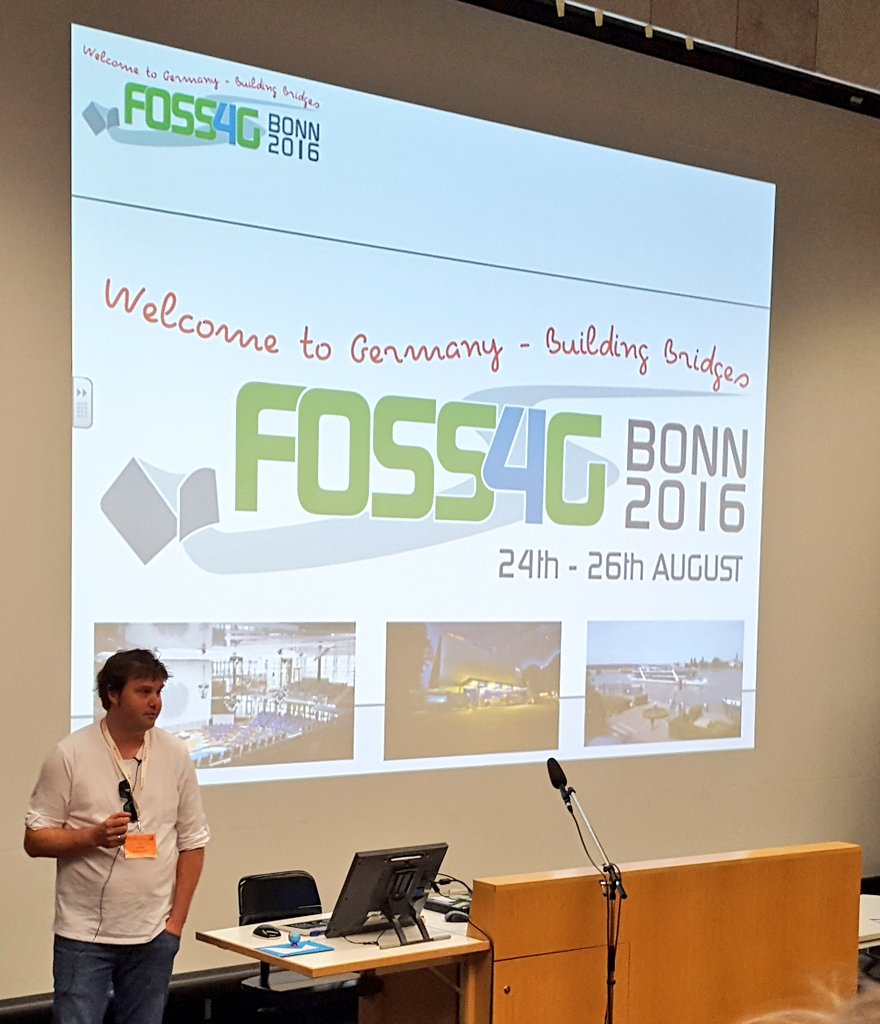 The annual FOSSGIS conference took place in Salzburg from 4th to 6th of June 2016. For terrestris, this event has a firm place in the calendar – and the same will apply to mundialis in the future.

The FOSSGIS conference was held in advance of the AGIT (Symposium and EXPO Applied Geo Informatics) in Salzburg. As the FOSSGIS e.V. will be the organizer of the FOSS4G (international conference on Free an Open Source Software for Geoinformatics) in Bonn from 24th to 26th of August this year they were quite grateful for the support offered by the AGIT organizers.

On 3rd of June, the FOSSGIS started with the OSM Sunday on which people within the Community discussed such things as a new German map style or routing of pedestrians.

On Monday, 4th of June, the actual conference started its three-day programme.

In the frame of the opening, which was led by Marco Lechner, chairman of the FOSSGIS e.V., and after the welcome address by Professor Strobl, Till Adams presented the FOSS4G conference in Bonn this year. He did so in his very own way: “sydney, Denver, Cap Town, Barcelona… Bonn – to me, as a man from Bonn, this sounds really good”. He ennobled his hometown Bonn by naming Bonn in one line with the other former host cities of the FOSS4G conference.

The FOSSGIS was split up in a FOSS and OSM track and a consequence appeared to be little bit smaller than the years before. Till Adams, head of the organization team and chairman of the FOSS4G 2016, hopes to achieve a high number of participants at the FOSS4G conference this year.

For years now, our main aim was to accurately place software and topics, which are relevant for our technologies, at the FOSSGIS. This year, terrestris and mundialis gave five lectures and carried out – partly in cooperation with partners – three workshops. Those dealt with the client-libraries Open-Layers and GeoExt as well with extended functions of the server component GeoServer.

The company mundialis presented itself for the very first time at the FOSSGIS with a lecture on “Freie (Geo-)Daten mit Freier (Geo-)Software – oder wie kommen Geodaten zum Nutzer?” (= Free (geo-)data with free (geo-)software – or how are geo data transmitted to the user?). The purpose of this talk was to outline the complete Open Source Software based Sentinel-2 processing chain as well as the web client. A sample application can be found on http://maps.mundialis.de.

In the margins of the conference, there was lots of time of intensive exchange and inspiring conversations with clients, partners and acquaintances.

Even thought our main focus in 2016 is on our “home match” – the FOSS4G conference-, we consider our participation in the FOSSGIS conference a great success. We hope that terrestris and mundialis contributed to every participant’s personal success as well.

Lectures by terrestris and mundialis are available online on Youtube: