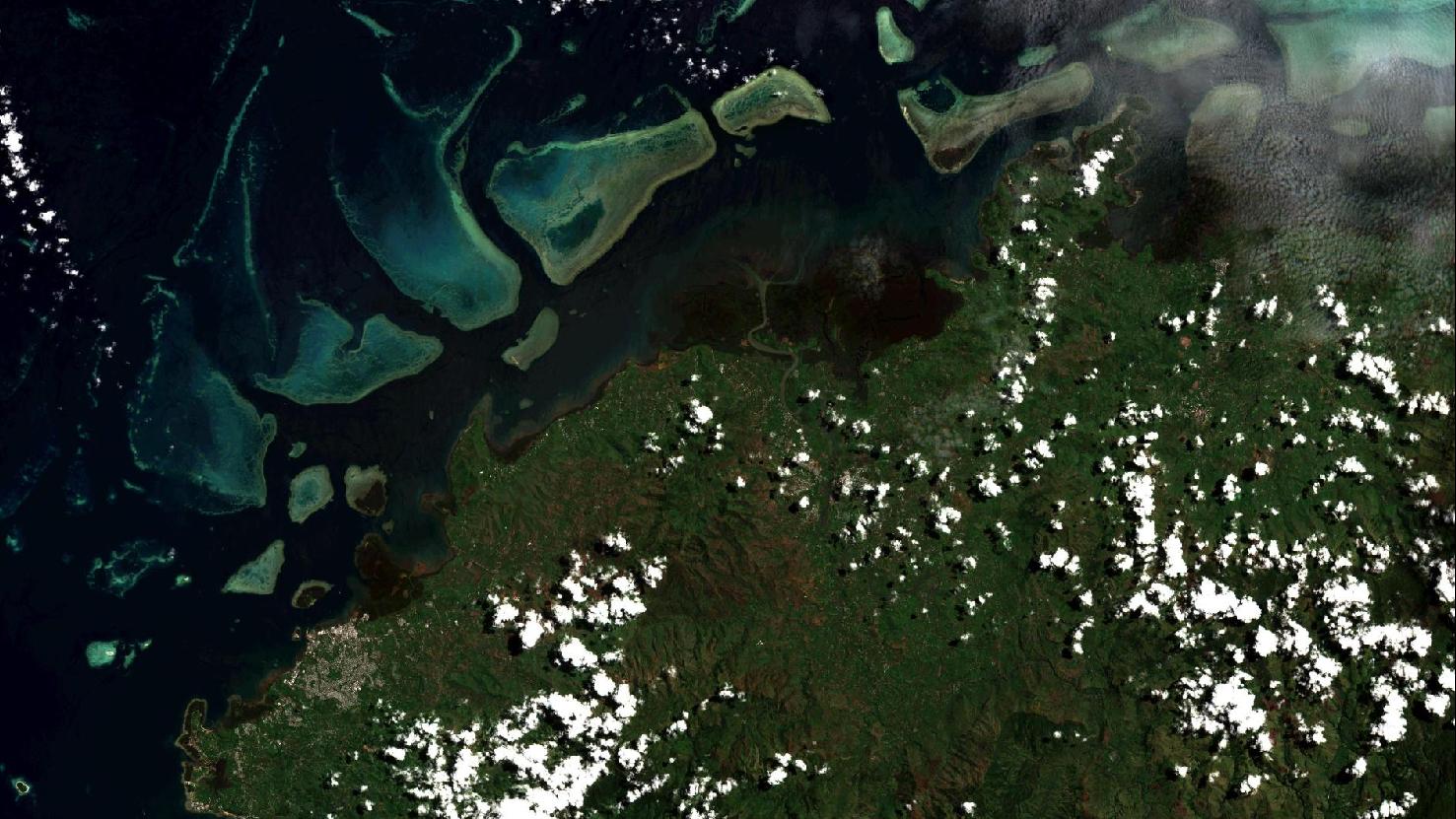 The satellite picture of the month November was created by the European Sentinel 2A satellite. It shows in true colours the northern part of the island of Viti Levu, the main island of the state of Fiji in the South Pacific Ocean. In the western part of the satellite photo you can find the sparsely populated islands of Bekana Island and the smaller neighbouring island Vio Island opposite the coastal town of Lautoka on the main island. The few clouds in the interior of Viti Levu indicate that the Fiji Islands are often cloudy and rainy from November to April in the rainy season. But this supposed idyll is under acute threat.

It is expected that the state of Fiji will be particularly affected by the consequences of climate change. Unlike in other parts of the world, the Fiji Islands, like many other archipelagos, do not have the financial means to take action to protect themselves against rising sea levels. The numerous, mostly very flat islands, make a protection against rising sea levels virtually impossible.
In order to draw attention to this deplorable state of affairs, this year’s World Climate Change Conference (COP23) was chaired by the island state of Fiji, which is threatened by extinction. For logistical reasons, however, the conference had to be moved to Bonn.

Our satellite image shows the serious situation of the state very well. North of the main island there are several small atolls and coral reefs lying just below the water surface. Archipelagos like these are typical for Fiji, as well as many other Pacific island states. Only the islands with an especially dark inner part are a few centimetres above the sea surface, so that they are covered with trees, bushes or mangroves. With a slow rise in sea level, these atolls and coral reefs would be able to keep up with the rise. However, given the predicted rapid increase in the coming years, corals have no chance of keeping up.

A sea rise of only a few centimetres will ensure that particularly shallow island states such as Tuvalu or the Marshall Islands will be the first to disappear from the maps.
The salting of the sparse soil by rising seawater is already beginning and makes it uninhabitable. Although these are often not yet completely submerged, the high salt content ensures that whole villages and towns have to be relocated to the inland.
It remains to be seen whether the decisions and the subsequent implementation of the Climate Conference in Bonn are far enough to preserve these threatened gems of our planet.