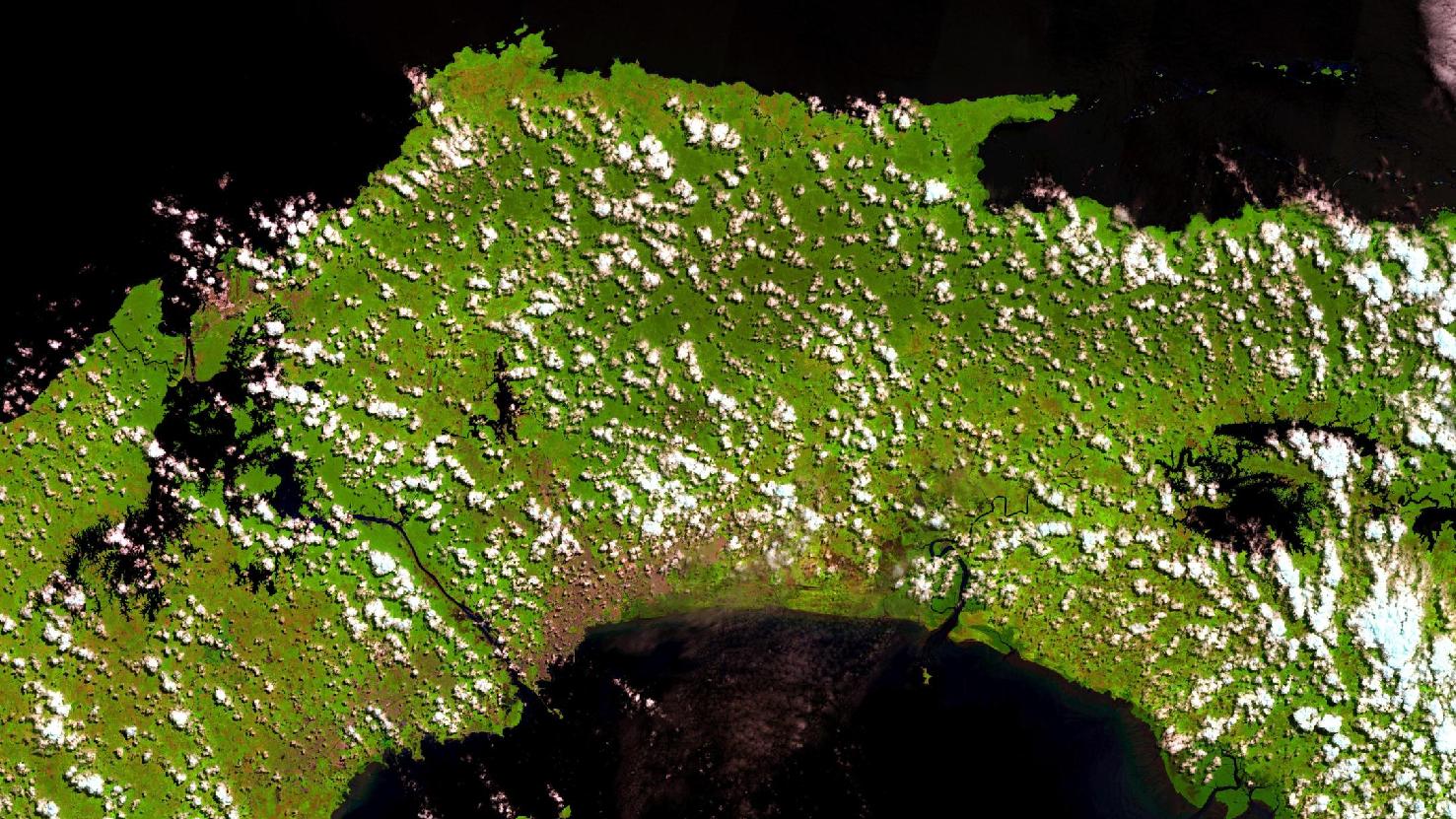 The satellite image of the month shows a section of Panama and the Panama Canal. The scene is based on Sentinel-2 data from the Copernicus programme and shows a vegetation analysis with a resolution of 20 meters. The vegetation analysis colours healthy vegetation in bright green tones and can easily be distinguished from the ground, which is coloured in a spectrum from pink (e.g. harvested fields) to bright pink (e.g. cleared rainforest). But also cities are coloured from light grey to light pink.

The Panama Canal on the left hand side of the picture is an artificial waterway about 82 km long, which connects the Atlantic Ocean and the Pacific Ocean for shipping. It runs between the cities of Colón on the Atlantic coast and Balboa, a suburb of Panama City on the Pacific coast. The largest part of the Panama Canal is formed by Lake Gatún, which is located in the interior of the country, so that the 82 kilometres of canal length are not exclusively artificial. The canal, opened in 1914, is one of the most important waterways in the world, transporting about 14,300 ships per year.

On the satellite image, the artificial locks can be identified especially in the north, near Colón, these lift the ships and freighters to Lake Gatún, which is about 26 metres higher. The ships travel through excavated channels through the lake in the direction of Panama City. The canal is designed to have two lanes throughout for oncoming traffic.
The capital of Panama, which can be seen in pink in the satellite image, lies on the Pacific Ocean and is regarded as a modern metropolis as well as the economic, political, tourist and cultural centre of the country. Due to the income from the Panama Canal, Panama City is also considered a cosmopolitan city.

The chosen colour combination of the satellite image shows that most of Panama is covered by jungle and green areas. Due to Panama’s extraordinary location as a land bridge between North and South America, there are numerous animal and plant species from both continents. More than 29% of the land area is divided into 15 nature parks, which serve to protect and conserve the native flora and fauna. With almost 4 million inhabitants, Panama is one of the smallest but wealthiest countries in Central America in terms of population.