Camargue in the south of France 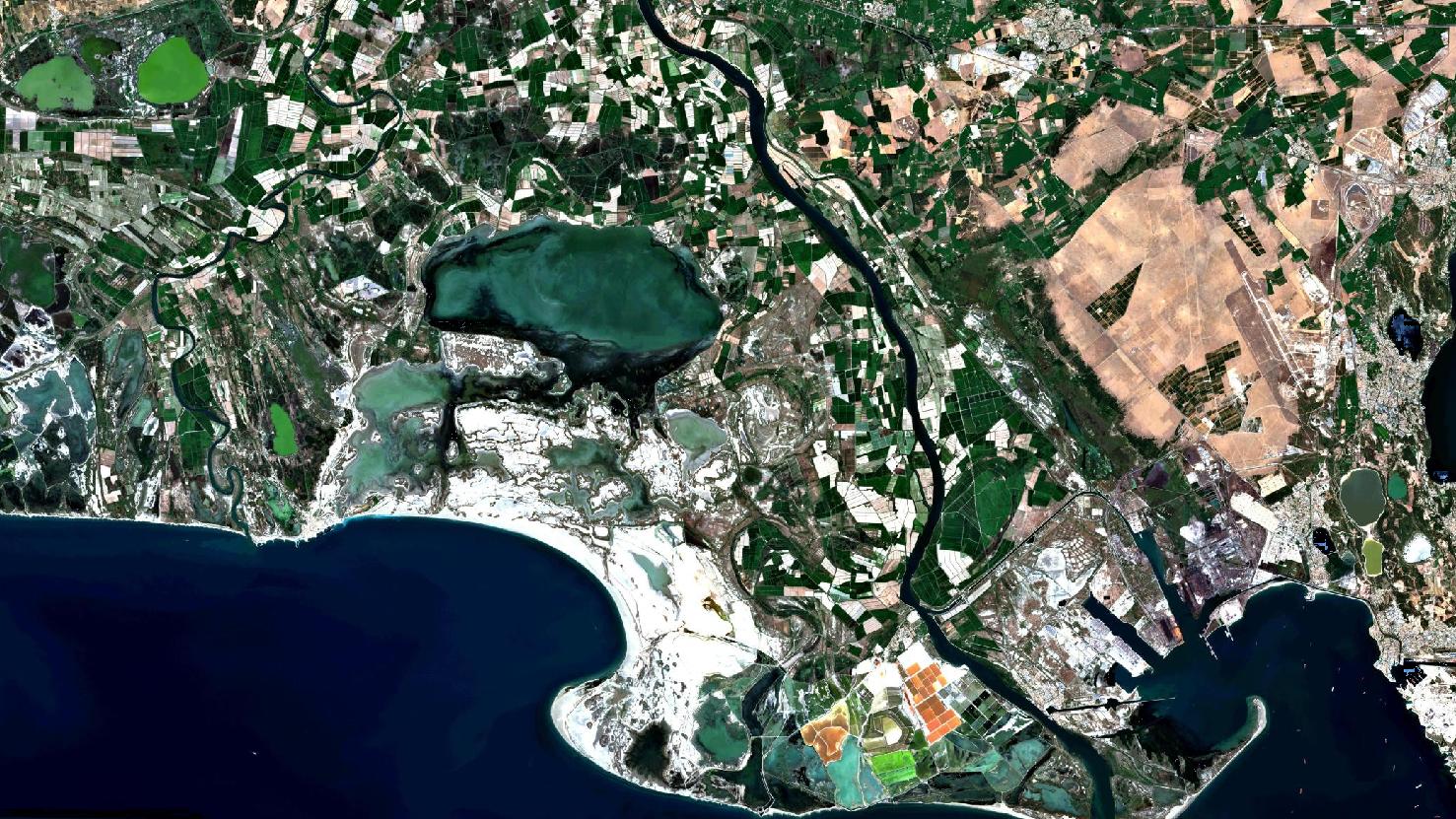 The satellite image of the month of July shows a composition in real colors of the “Camargue” region in the south of France at the coast of the Mediterranean Sea. ​
The image was created from various bands based on Sentinel-2A data of the EU Copernicus program and provides a spatial resolution of ten meters.
After the download the scene was atmospheric corrected with free software and a color composition was calculated with three different bands.

The Camargue, which is located in the south-west of Provence, is bordered by two river arms of the Rhone. Further north and in the satellite image not visible, at the French city of Arles, the main stream splits up.
The main arm of the Rhone, which flows into the Mediterranean Sea, is clearly visible in the right half of the picture. This forms the natural eastern boundary of the Camargue. In the left image area not too noticeable, the small Rhone flows into the Mediterranean Sea and encloses the park in the west.

South of the Étang de Vaccarès to the sea, colour-defining in white and green, lies the remaining part of the nature reserve.
There are several salted smaller lagoons as well as islands and peninsulas. The entire area offers numerous migratory birds habitat, among others, also for the pink flamingos known in the Camargue. Another attraction are the “Camargue horses”, a breed which is found exclusively in the Camargue, as well as the “Camargue bulls”. Both species live in the wild, but always have an owner and are therefore no wild animals.

Furthermore, the brown and dark green squares, especially in the south, are conspicuous on the satellite image. These pools, which are very close to the sea, are known for the “Fleur de Sel”, which is made from seawater.
The villages of Port-Saint-Louis-du-Rhône and Fos-sur-Mer are located further in the east. The “Canal Saint-Louis” flows between the two municipalities. On the satellite image, the canal is clearly visible through the almost 90 ° bending left curve and a subsequent linear river route to the Rhone. Both villages, Port-Saint-Louis-du-Rhône and Fos-sur-Mer, are visually affected by their port and industrial facilities.