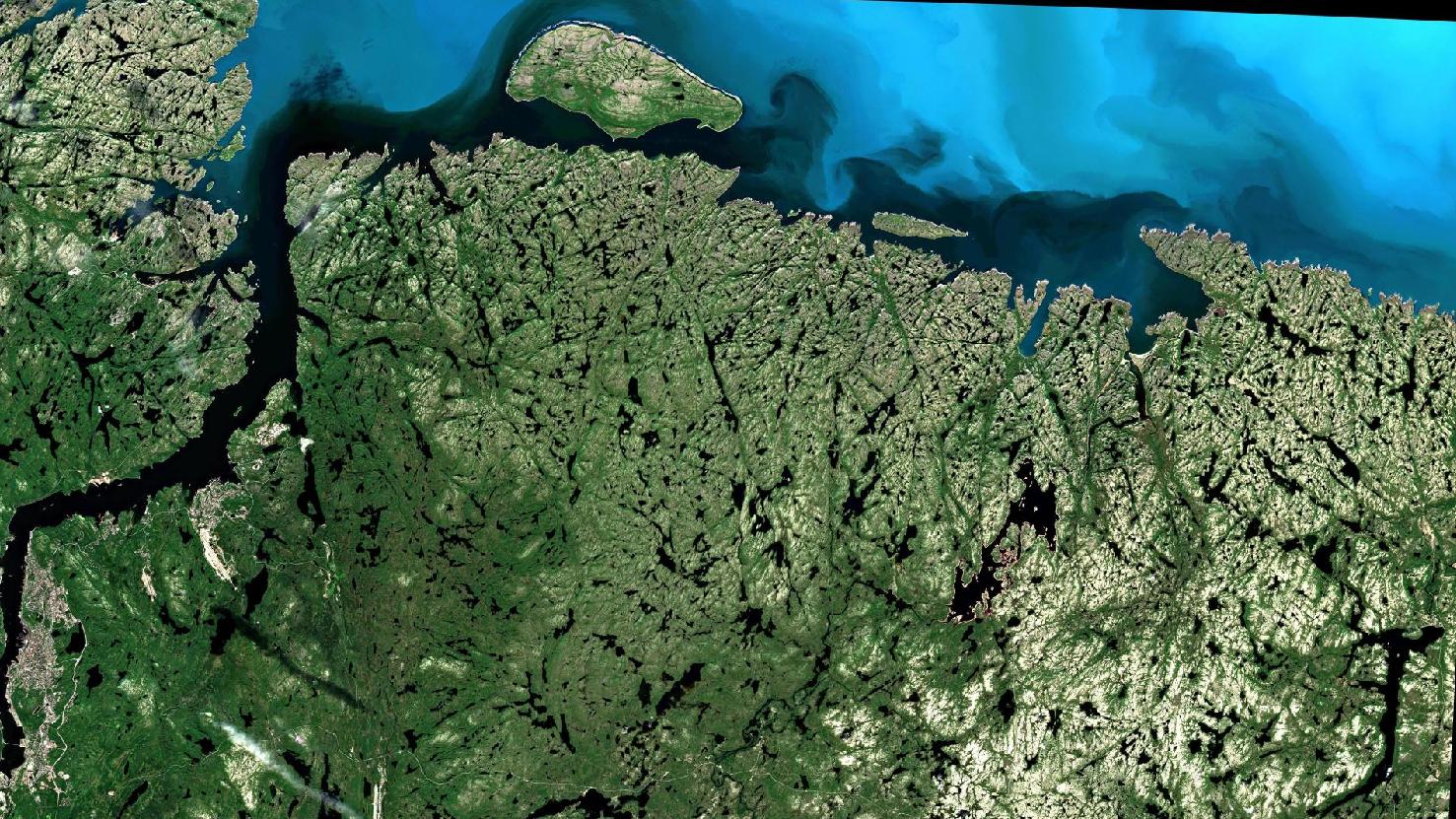 The satellite image of the month June shows a section of Western Russia and a part of the coast to the Barents Sea in the north. This „natural color“ band combination is as close to „true color“ as you can get with a Sentinel 2 image. Because the three visible bands are used which we see as red, green and blue, the image appears in colors which are similar to their appearance to the human eye.
This image shows a color composite created from different bands based on Sentinel-2 data of the Copernicus Programme.

The characteristic forms on the satellite image point to a tundra-like landscape, which is traversed by numerous rivers and lakes. Due to the climatic conditions, trees no longer grow in the tundra, there are almost exclusively shrubs and lichen plants. The entire region belongs to the Russian Oblast Murmansk and is sparsely populated. The city of Murmansk itself is located in the southwest of the satellite image, at the river Reka Tuloma. A little further north is the city of Severomorsk, with an airport in brighter colors. Both cities are strategically convenient located for the Russian Navy and are therefore important bases for the Russian Navy.

A little further to the west, outside the satellite image, lies the border to Norway and further to the south the long border to Finland. Mining is the most important economic sector in the Murmansk region. Fishing is another important industry, as Murmansk remains free of ice due to the Gulf Stream, which brings warmer waters to northern Europe.

Russia will host this year’s World Cup and thus welcomes numerous teams and fans, especially in the west of the world’s largest country. However, Murmansk, Russia’s most north-western region, will not be the venue. The nearest football stadium is located about 1300 kilometres south of St. Petersburg.
The first game starts on June 14th in Luschniki.