Satellite image of the month – March 2017 – Vineyards in France 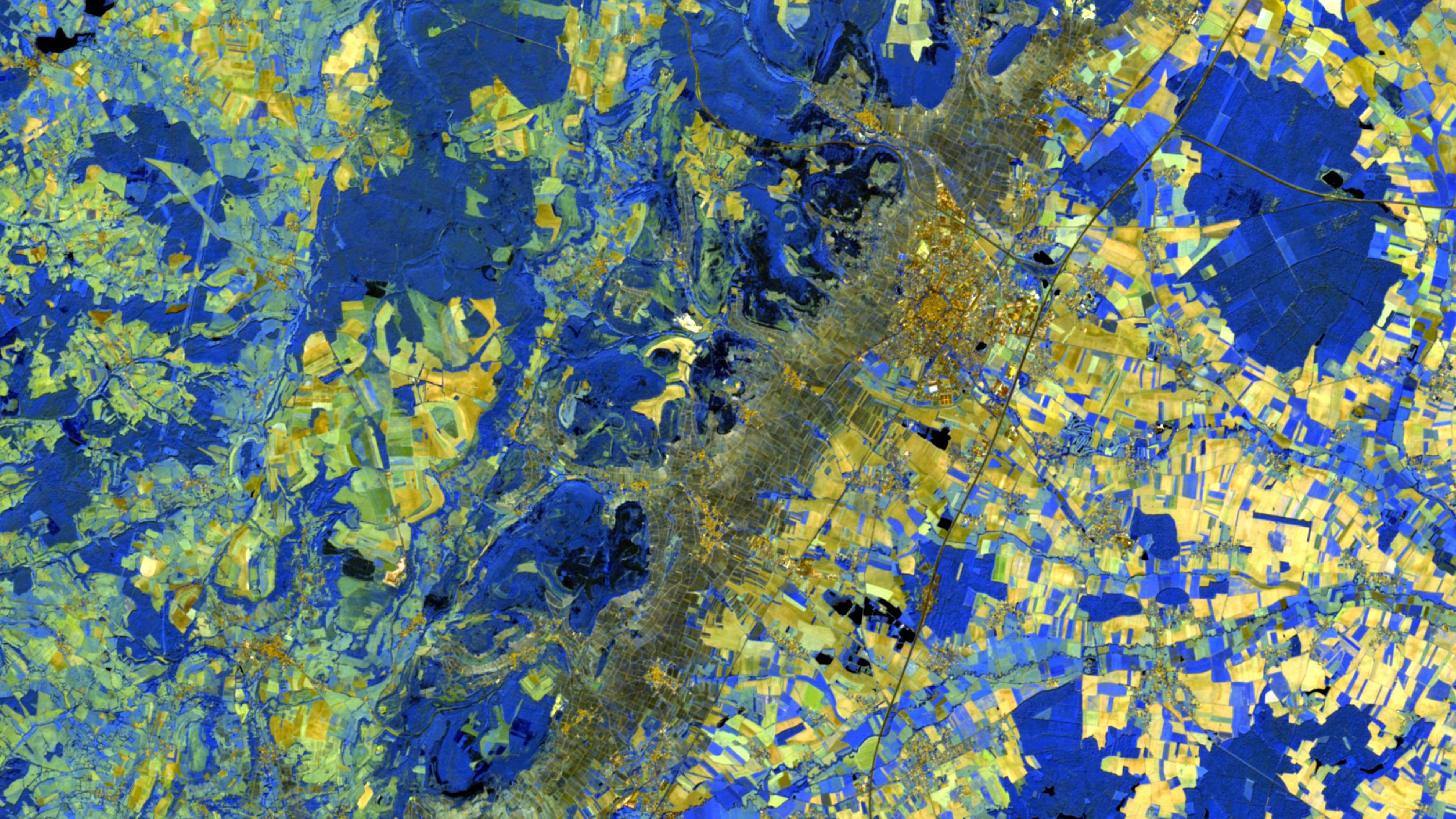 This image shows a false color composite of the wine region Côte d’Or in Burgundy in France. The image was composed of different bands based on Sentinel-2A data of the EU Copernicus Programme. The band combination used here can penetrate the atmosphere better than other wavelengths and provides a spatial resolution of 20 meters. Water appears black and vegetation is painted in different shades of blue while buildings and soil can be seen as a pale yellow.

The wine growing areas in Burgundy are listed as UNESCO World Cultural Heritage since 2015. Côte-d’Or, a region in northern Burgundy, is named after a geological steep edge characterize by viticulture running from Dijon to Beaune. Côte d’Or means golden slope. Along this slope the touristic wine road “Route touristique des Grands Crus” leads from Dijon to Santenay, passing 24 of a total of 33 Grand Cru locations in Burgundy. The designation Grand Cru (French, literally “huge growing”) is mostly used for wine but also for chocolate and coffee and is defined differently depending on the wine growing region. In Burgundy it is defined by location while Grand Cru awards the best locations.

Visible in the image is the city Beaune in the north eastern part. It was, besides Dijon and Meaux, one of the most important French centers of mustard production. At the same time it is famous for the Hospices de Beaune, also called Hôtel-Dieu, which is a former hospital build in 1443 and used as a hospital until 1971. Today it is a museum.
With a length of about two kilometers, the circular city wall from the 15th century can be seen as a blue circle in the middle of the city.

The city Beaune is surrounded by the wine growing region Côte de Beaune which is the southern part of Côte-d’Or. The vineyards can be seen as a grayish brown stripe which is drawn through the image from northeast to southwest. In the North mainly red wine from Pinot Noir is produced while the South is well known for its white wines from the vine Chardonnay. Behind the city of Beaune all slopes consist of vineyards, of which most are awarded as Premier-Cru.