Satellite image of the month – May – India (federal state of Telangana) 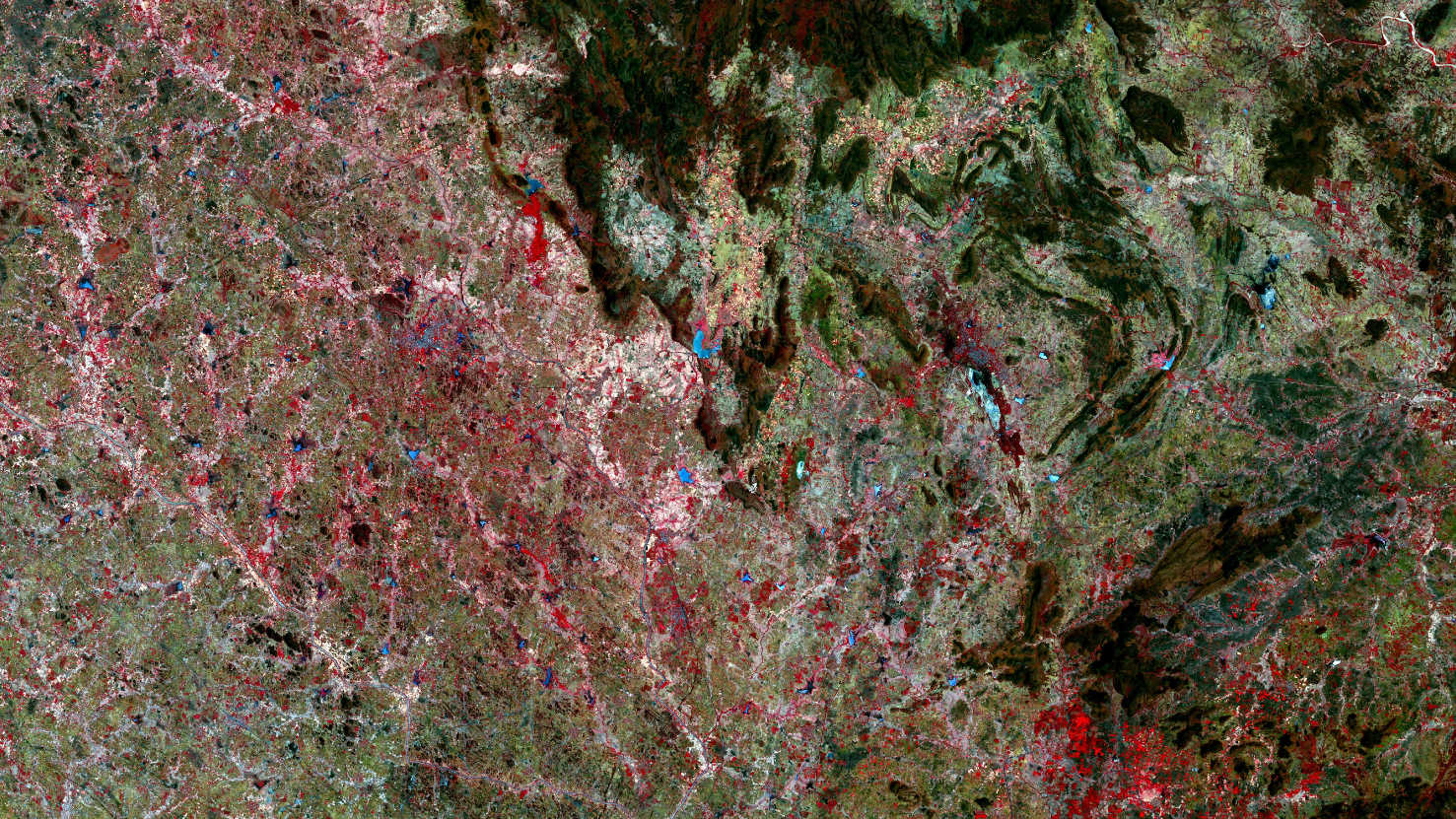 Our satellite image of the month May shows the hilly region around the city Yellandu (eastern center), Bhadradri Kothagudem District in the Indian state Telangana near the east coast.

In the parliamentary elections in India in 2019, the Lok Sabha, the lower house of the Indian parliament, was elected. The counting of the votes took place on 23 May 2019. The election took place between 11 April 2019 and 19 May 2019 on a total of 7 days. Traditionally, all-India elections do not take place on a single day, but always spread over several days. The number of voters was almost 900 million. The election was won by the ruling party Bharatiya Janata Party (BJP) of Prime Minister Narendra Modi and the coalition party National Democratic Alliance (NDA) led by the BJP. In the current parliamentary election, the Telangana Rashtra Samithi (Association for Telangana) won the majority of seats (9 out of 17) in the southern Indian state of Telangana. The TRS is a regional political party.

The federal state Telangana lies inland in southeastern central India and, with 114,840 square meters, has approximately the area of one third of Germany. Telangana borders in the southeast on Andhra Pradesh, in the southwest on Karnataka, in the northwest on Maharashtra and in the northeast on Chhattisgarh and Odisha. The area of Telangana belongs to the highlands of Dekkan. The Dekkan presents itself as a gently sloping plateau to the east. The climate in Telangana is hot and dry. Almost three quarters of the precipitation falls during the summer monsoon between June and September. Large parts of Telangana are covered by monsoon forest, which leaves during the dry season. Over 80% of the original forest area has been deforested for agricultural land, pastures and timber. The area around Yellandu is rich in lakes, of which the Bayyaram cheruvu lake (centre) is the largest. The Indian city Khammam, the fourth largest city of the state, can be seen at the left lower edge of the motive.

The motive is based on Sentinel-2A data of the EU Copernicus program and shows a false color composite created from different color ribbons. The used infrared band combination is e.g. useful for discriminating land and water and provides a spatial resolution of 20 meters. With this composite healthy vegetation appears in orange and older vegetation appears in green. Soil and clouds appear in shades of green as well. Water is painted in blue and shades of purple.