Satellite Image of the month – May – Morocco, Atlas 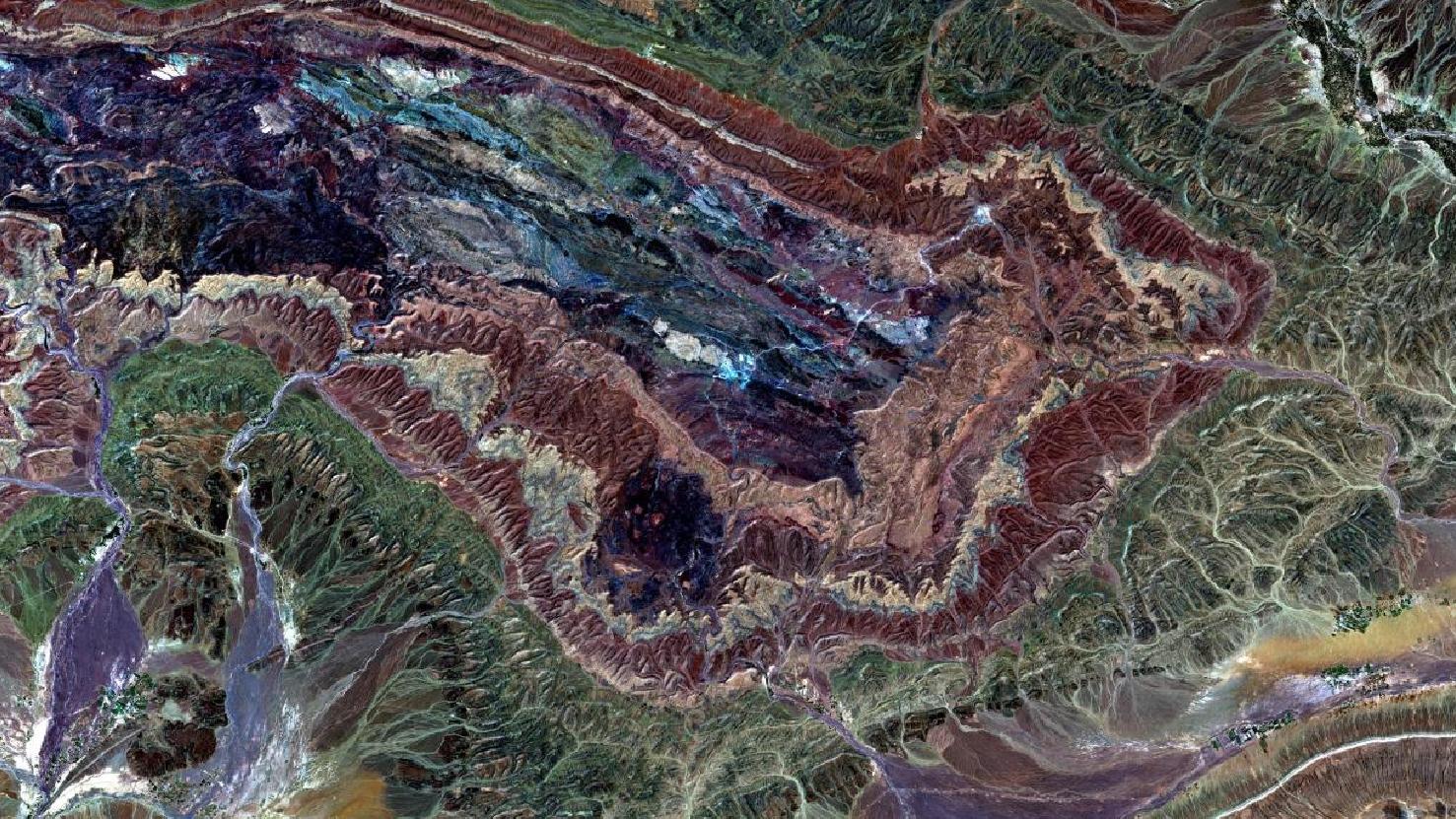 The satellite image of the month May shows a section of the southern Atlas Mountains in Morocco. Despite the blaze of colors, the image is a true-color-composite and was created from different bands, based on Sentinel-2A data from the EU Copernicus program. The resolution provided is 10 meters.

The different colours of the picture arise from the different layers of rock as well as from several, partly dried out rivers. Most riverbeds fill only when it rains heavily, if this is the case, those riverbeds form the characteristic formations in the sediment and/or rock. This can be recognized for example in the left half of the picture in the green area.

In the area of the satellite image are only a few human settlements because many people left the mountain regions to find work in the cities. Most of the people who live here belong to different Berber tribes and live on agriculture and smaller services. Some of these settlements are located at the edges of the picture, for example at the top right, along the river Wadi Draa. On the lower left is a village called Foum Zguid, it stands out from the rest of the picture due to a slightly lighter colouring and several founded agricultural plots.

The landscape in the picture and throughout southern Morocco is characterised by extreme drought, as here the desert climate of the Sahara predominates and only little rain falls behind the Atlas Mountains. This is rare and mainly the case in the winter months. But the higher one reaches into the Atlas Mountains, the cooler it gets and you can experience snowfall on the peaks during the winter months.

Due to the many hours of sunshine in southern Morocco, numerous areas are ideal for solar panels to generate renewable energy.
The effects of these solar systems on water ressources and vice versa in neighbouring regions are being investigated by mundialis, among others. Due to the climate-related shortage of water, an even higher demand for water in the course of energy generation could have a negative impact on agriculture, which is already meagre, and the lowered groundwater level. With the help of satellite data, an attempt is being made to answer the question of whether renewable energies, such as solar energy, may require more water ressources than conventional energies and whether water usage by other economical sectors can impact the cooling system of the solar panels.