Satellite Image of the Month – May – Southengland 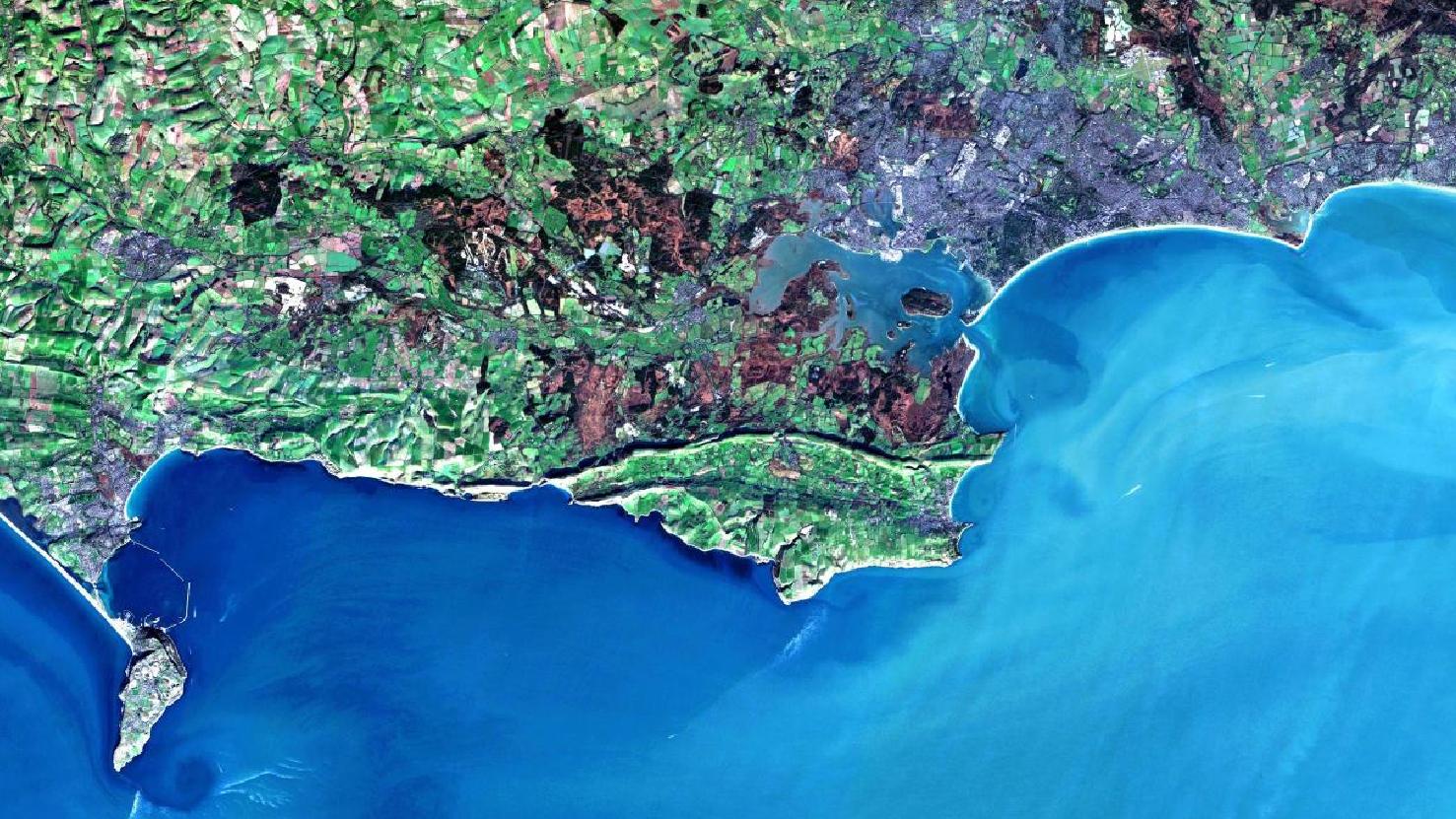 The satellite image of the month May shows a coastal section of the South of England, along the Channel in real colours with the peninsula “Isle of Portland” in the west and the coastal cities of Poole and Bournemouth in the east. The image was created from various bands, based on Sentinel-2A data of the EU Copernicus Programme and provides a spatial resolution of ten meters.
After the download the scene was atmospheric corrected with free software and a colour composite was calculated with three different bands.

The coastal section on the left, west of Poole, belongs to the eastern part of the Jurassic Coast. The Jurassic Coast was declared the first UNESCO World Natural Heritage in England in 2001 due to its numerous fossil finds.
The natural phenomena along the coast, especially the rock formations, show a continuous succession of geological structures formed in the Trias, Jura and Cretaceous. In the east of the Jurassic Coast is the oldest rock, which is 185 million years old.
Visually convinces the coastal area with its impressive and rugged coastal landscape, as well as with the small coves and beaches, which emerge between the rocks.

Also on the western edge of the satellite image a part of the 29km long “Chesil Beach” can be found, which is particularly noticeable with its striking linear course and the bright white sand beach. However, not only the linear form emphasizes the beach, but also the lagoon with brackish water behind Chesil Beach is clearly visible in the left part of the picture.

A little further east in the direction of Poole is the coast section “Isle of Purbeck”. This peninsula is covered to a large extent (about 631 hectares) by a nature reserve, the “Studland and Godlingston Heath National Nature Reserve”. This area, which can be seen in red and brown colours on the satellite image, is home to lowland heath. But also sand dunes, peat bogs or lagoons, which can also be seen on the satellite image, make the nature reserve a popular destination for tourists.

In the right part of the image are the cities of Poole and Bournemouth, clearly recognizable by the greyish colours. Due to its good and protected location in the inner parts of the coastal line, the city of Poole grew fast. Particularly noteworthy is the natural harbour, which is used especially for vessels from and to France.
The much larger city of Bournemouth is located directly at the channel coast and is popular with tourists and locals due to its long, bright and clean sandy beach. It can be easily identified by its concave shape in the satellite image.
The relatively warm, dry and sunny climate makes the Jurassic Coast and the Bournemouth region in particular unique.