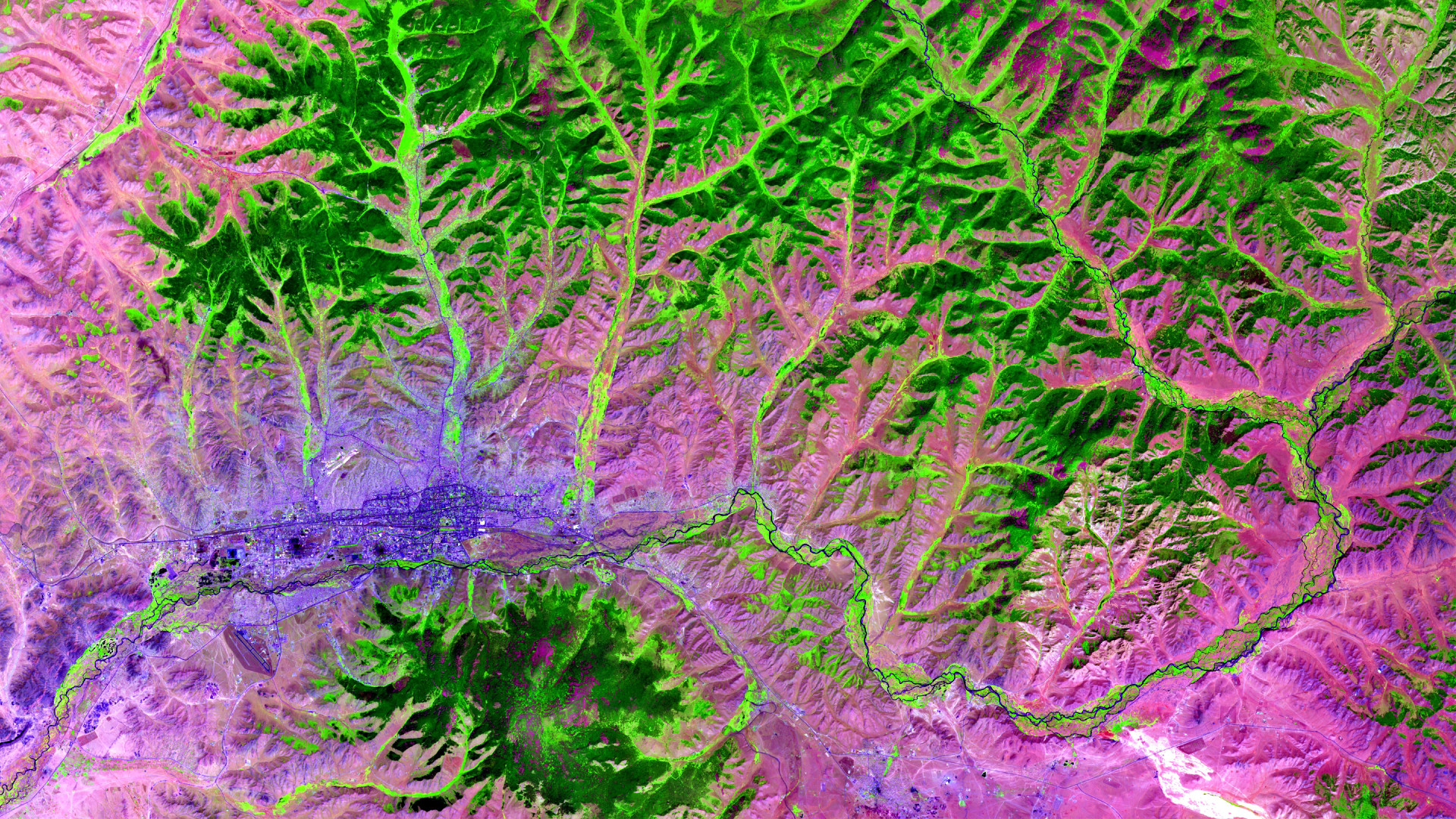 The satellite image of the month October shows the Mongolian capital Ulaanbaatar (Ulan-Bator) and the bordering Gorchi-Tereldsch National Park in the north-east of the country.
The picture shows a vegetation analysis of the region and was created from different bands, based on Sentinel-2A data of the EU Copernicus program, after the download the scene was processed by us with Free Software.

Ulaanbaatar is located 1350 metres above sea level and is the largest city in Mongolia with over 1.3 million inhabitants. It is also the political, economic and cultural centre of Mongolia, which is the most sparsely populated country on earth (together with Western Sahara). The capital city is located in the left half of the satellite picture in dark violet, clearly visible are among others linear streets or the international airport “Chinggis Khaan” in the south.

It is also easy to see that Ulaanbaatar is situated on the strongly meandering river “Tuul”, which has so far been only slightly straightened by human hands. The river’s surroundings are mainly dominated by willow and birch forests, which can be identified by their light green colouring.
Due to the growing population, Ulaanbaatar is experiencing a housing shortage, especially along the Tuul river. The new buildings, a sewage treatment plant and mining activities have polluted the river’s underflow.
The source of the Tuul originates from Gorchi-Tereldsch National Park, which is located in the north-east and can be seen on the satellite image through a mountainous structure.

The Gorchi-Tereldsch National Park is only an hour’s drive from the capital Ulaanbaatar and is therefore a popular destination for tourists. It offers possibilities for hiking and rafting, mountaineering, swimming (in ice-cold water), horse riding and – for extreme sportsmen – skiing in the deep winter. The National Park has often served as a backdrop for Mongolian films, especially because of its unique rock formations.