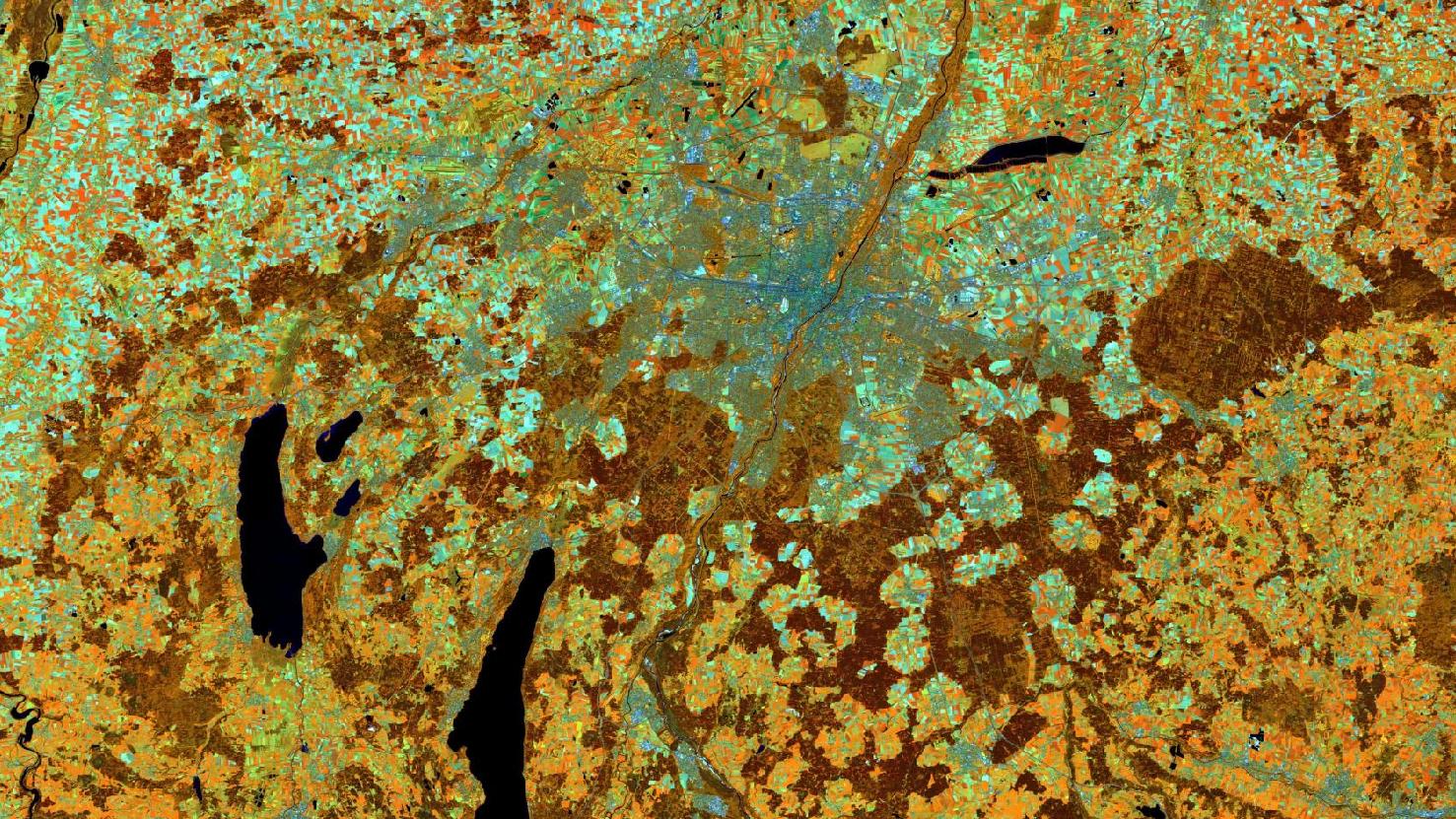 The satellite image for the month of September shows the Bavarian capital Munich as well as the surrounding country and a couple of lakes. The scene shows a composition of different bands based on Sentinel-2 data from the Copernicus program. With free software the image was atmosphere-corrected and a land-water composition was calculated. Healthy vegetation appears in orange and older vegetation in green. Water is visible in black and violet tones. The resolution is 20 meters.

Munich is the capital of the Free State of Bavaria. With approx. 1.5 million inhabitants, it is the most populous city in Bavaria and, after Berlin and Hamburg, the third largest municipality in Germany. The dense urban area of Munich can be seen on the satellite image in blue, while in the surrounding area numerous fields as well as vegetation can be seen in yellow and orange.
The lake in the north is called the Ismaninger reservoir, which is used for water regulation and flood protection. The large Ammersee in the southwest and the Starnberger See further south are popular holiday and tourist destinations. The entire area of Munich belongs to the foothills of the Alps and the Lower Bavarian Hills and is limited by the Danube river in the north.

From September 22 to October 7., the popular Oktoberfest takes place in Munich (d’Wiesn) and is the largest folk festival in the world. It takes place since 1810 on the Theresienwiese, the organizer is the city administration of Munich. Some Munich breweries brew a special beer for the Oktoberfest, which must have an original gravity of at least 13.5 % and contains approx. 5.8 to 6.4 % alcohol by volume. Several million people from all over the world visit the Oktoberfest every year. Due to the popularity there are also offshoots of this folk festival in numerous countries.

Traditional fairs of this kind take place throughout Germany in autumn, such as Pützchen’s market in Bonn-Beuel, which has been held since 1367 and attracts up to 1.35 million visitors to Beuel every year.