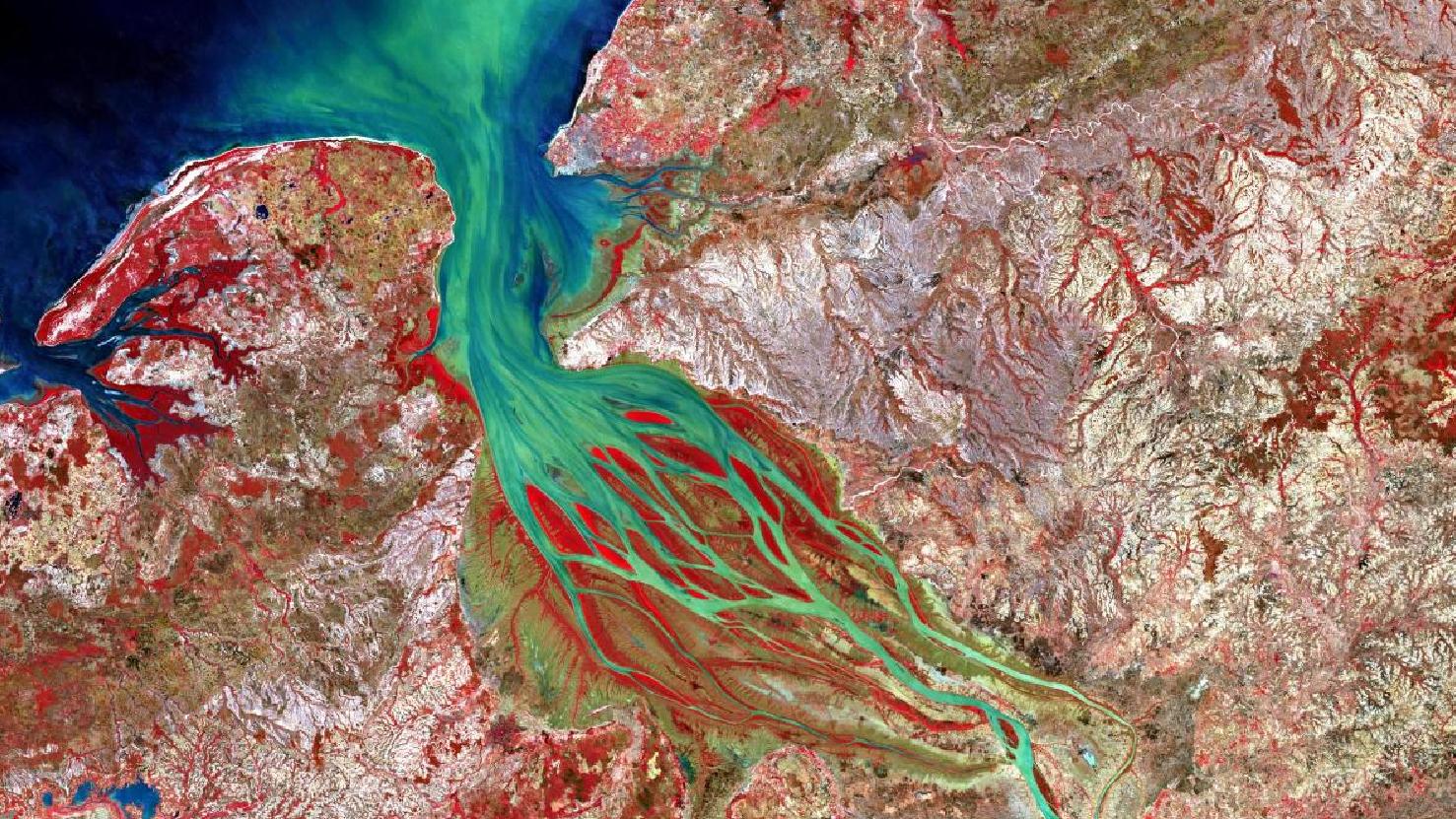 The satellite image of the month January shows a false-colour-composite of the mouth of the Betsiboka River in northern Madagascar. The image was created from different bands based on Sentinel-2A data from the EU Copernicus program. This infrared combination is useful for performing a vegetation analysis and provides a resolution of 10 metres.
The green colouring in the Betsiboka river delta indicates strong sedimentation and mineral deposition. Red areas in the interior of the country generally mark vegetation, particularly intense red colourings indicate plant species with a high chlorophyll content, such as in the river delta.

The Betsiboka is 525 kilometres long and rises at an altitude of 1600 metres. The nickname “Red River” can be explained by the strong sedimentation, especially in the river mouth. During the heavy rains in the rainy season, many minerals and reddish topsoil accumulate in the river delta, making Betsiboka impassable even outside the rainy season in the river estuary area for larger ships. The entire river basin on the satellite image can therefore only be navigated by smaller boats. This strong sedimentation is a result of the still practiced slash-and-burn clearance in large parts of the region.
If one compares the estuary of Betsiboka with that of a river bed which lies further to the west on the satellite image, one can quickly see that sedimentation is much less or no sedimentation at all.

The river water of Betsiboka is needed for the cultivation of rice fields in the northern part of Madagascar, which is characterized by agriculture. The highly flooded areas, which can also be seen on the satellite image, are particularly well suited for this purpose. However, the cultivation of fruit and vegetables is no longer possible here, due to the massive slash-and-burn activities that have transformed the original forest areas into a savannah.